Every Saturday, their mother let them play outside with chalk. Their mother thought she was getting rid of them for the day, but the young girl in the purple dress was old enough to know that she and her brother were really getting rid of her, and whatever rusted old man she needed to argue with that day.

She liked the way the blue looked against the yellow bricks. Her younger brother had lost interest in the chalk after ten minutes, letting the unused stumps of color roll wildly across the pavement as he explored the sidewalk.

The bricks gave her drawings a background she wasn’t used to. She loved the way the dark blue chalk became speckled with yellow. She chose this color to draw her ladder.

It started small, just a few rungs on the wall where she could reach. But she continued adding more and more rungs as she climbed. Before she realized how far she had gone, she had lost sight of the street. She couldn’t see her brother. She kept climbing.

Clouds of blue and yellow circled her, passed through her, and watched as she climbed higher. She didn’t know where the ladder was taking her but she knew whatever it led to would be more interesting than what she had left behind in the apartment below.

The blue clouds slowly crowded her until she was lost in a sea of dusty blue. She kept a tight grip on her ladder.

Suddenly, as if she had found the surface, she was out of the clouds. She stepped up onto a flat surface, her ladder now behind her. The world was a rainbow of color, blues, yellows, reds, greens, purple; the color of her dress. She could barely contain her excitement as she danced through the landscape, sending puffs of color into the air with each step. Somehow this was her world, she knew it.

Blue, yellow, red, green, and purple people stepped out from behind blue trees and red buildings. She felt comfortable letting them approach. They bowed to her, called her princess. They gave her a crown of blue and yellow.

She wanted to tell them she would stay forever. But she thought of something else. “My brother?”

“There is only room for you, my princess,” one of the purple people said, clouds of dust puffing from his mouth as he breathed. The man touched her arm, leaving a purple fingerprint.

She erased each rung as she climbed down. 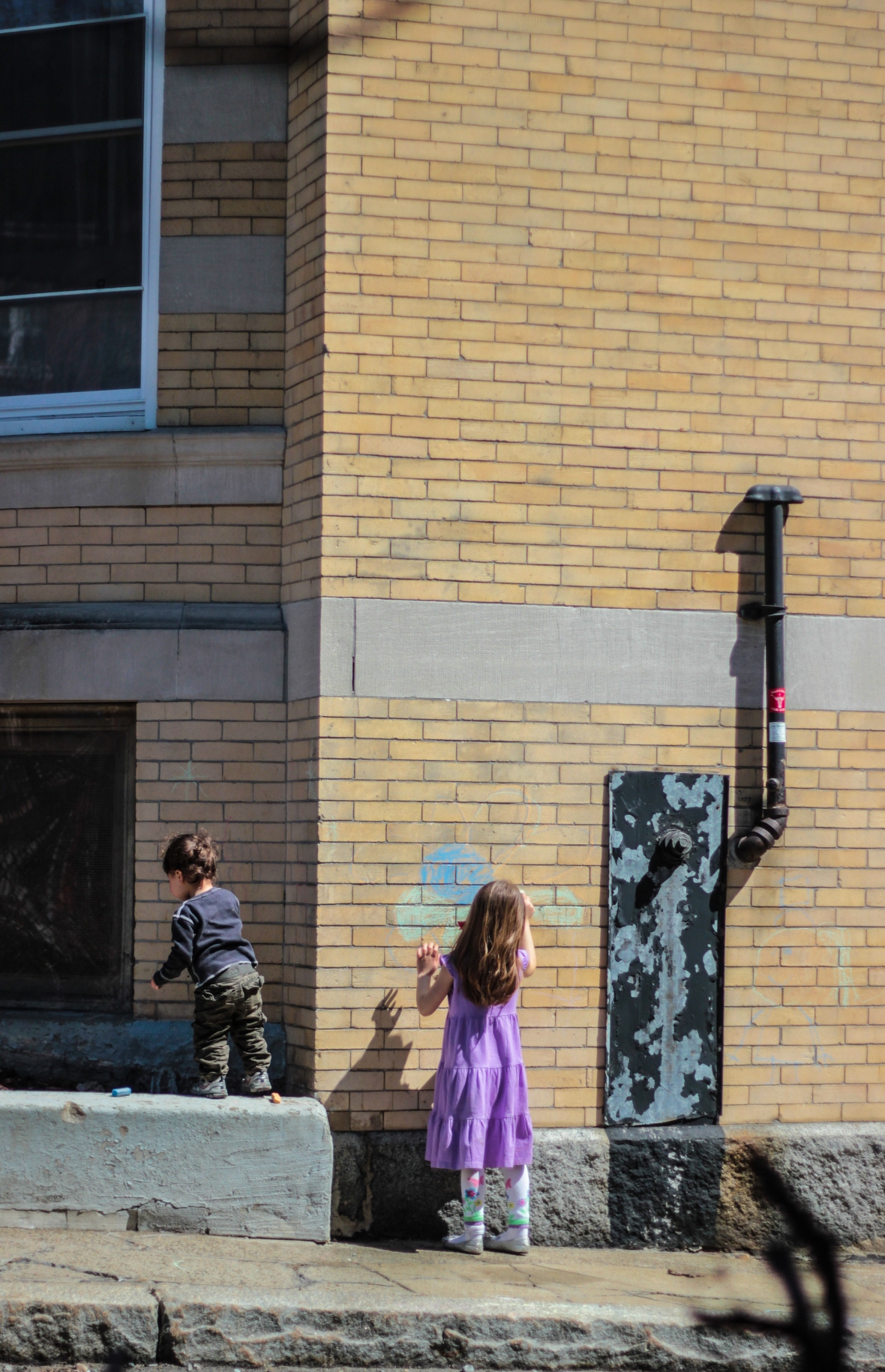