-You see lil’Dexter there? He’s got a gift. He don’t talk much on account he’s a mute. But his thoughts? You see Anabelle can read his thoughts. One time lil’Dexter was playing in the dirt next to some garbage cans, pa’ was under n’old truck fixin’ the transmission. All of a sudden he hears some sorta’ ruckus. –What’s all this damn fooling around! – he came hollering at lil’Dexter. Comes around the house and finds lil’bro crying by the garbage cans, musta’ been like four years old the kid, and boy was he struck when he seen Anabelle wrapped around a young coyote, squeezing n suffocatin’ it, the coyote’s head half-way down hear throat. Pa’ says another time, when we was younger still, he’d been drinking on a hot day, and ma’ had been gone for a while, she did that sometimes when we was growin’ up, he fell asleep on the couch and lil’Dexter musta’ just took off cause’ the door was open. He woke up and Anabelle was standing straight up, all perfectly still like, not moving, just flicking her tongue once in a while. Pa’ was hollerin’ at Dexter to see where he was and couldn’t find him. Then Anabelle falls down to the ground and shoots out the door. She comes back some fifteen minutes later with lil’baby Dexter all scratched up, holding him without hurtin’ him in one of her coils.

-Ma’? Ma’ left. She didn’t like Anabelle one bit. One day she told pa’ to get rid of the snake or she would leave. Pa’ was drunk again and he didn’t give a damn. So ma’ left.

-I mean, I like Anabelle, she takes care of lil’Dexter, and now she even looks after me sometimes. But ma’ says there is the devil inside her. Ma’ says lil’Dexter only spoke once in his life, and it was while he was still a new born baby. Ma’ says she woke up to Dexter saying all kinds of things that wasn’t in English and Anabelle sucking at her tit. 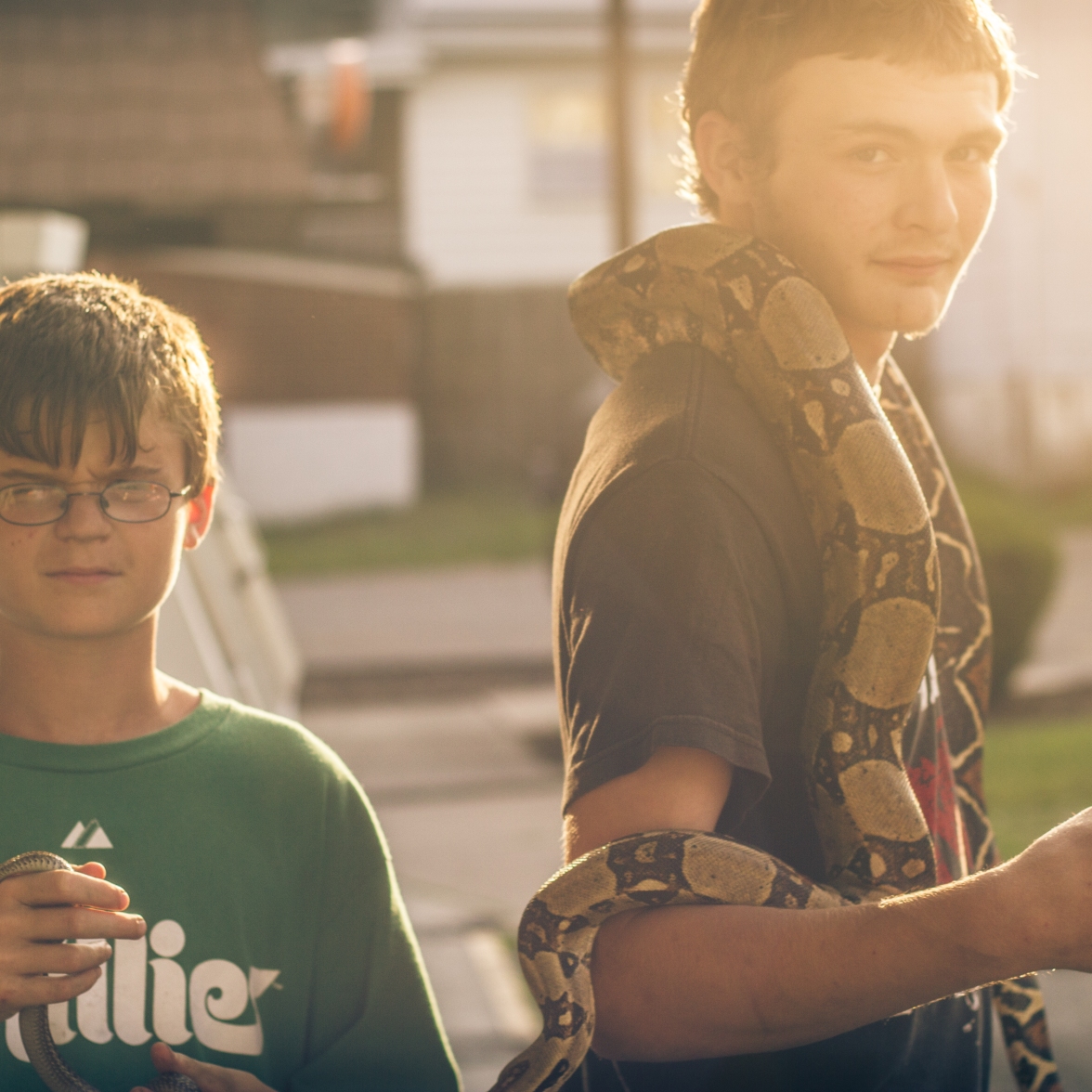